Raymond Blanc’s to expand its £36million hotel and restaurant with a new spa, bistro and garden villa

Raymond Blanc has been given permission to expand his luxury hotel and restaurant as locals say it could create a ‘village within a village’.

The celebrity chef has been given the go-ahead to add a spa, bistro and garden villas to Le Manoir aux Quat’Saisons in Great Milton, Oxfordshire.

The plans were approved at a South Oxfordshire District Council planning meeting on Wednesday night, adopted after five councilors voted in favor, four against and one abstained.

The starred chef himself attended the meeting, begging elected officials to approve the proposal that would allow him to “reinvent Le Manoir and prepare it for tomorrow”.

The £36m plan would see renovations to the existing site which would increase the number of staff from 176 to 259 and nearly double the floor space.

It comes over the objections of some nearby residents, worried about the amount of traffic it would bring to the country roads that provide access.

Raymond Blanc has been given the green light to expand his hotel and restaurant by a local council. The celebrity chef is pictured here at the BBC Good Food Show in 2018 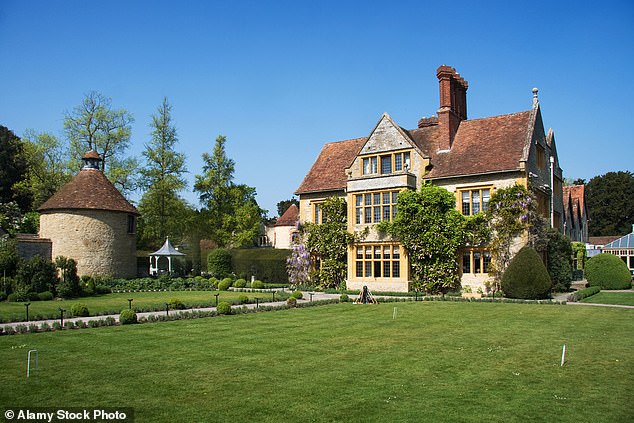 At Wednesday’s meeting, Mr Blanc told councilors that the restaurant and hotel, which he has run for 38 years, are “an integral part of the community”, the Oxford Mail reports.

He said: “Le Manoir has long been a pioneer of sustainability in the hospitality industry and it won’t stop.

“It is essential to reinvent Le Manoir and prepare it for tomorrow.

“The proposed development will enable us to deliver unique, world-class experiences to our customers, less reliant on my name.

“It will also secure the jobs of our current employees and generate more jobs.”

In planning documents submitted with the bid, it said the plans are “in response to improving the customer experience in a competitive market, resolving operational conflicts on site, and safeguarding the excellence in its integrated sustainability and international culinary expertise”. 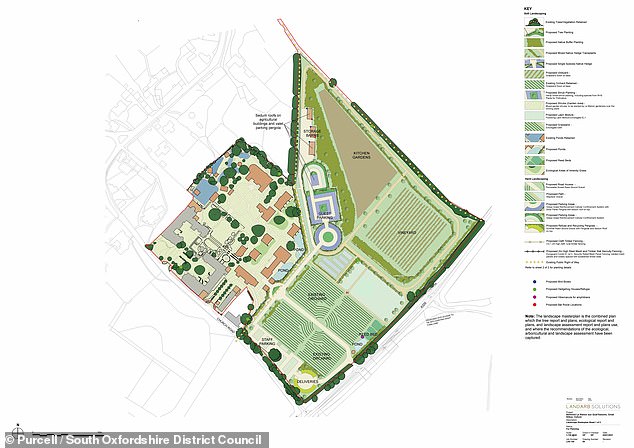 As part of the proposals, a new bistro, garden villa and spa will be built. Pictured is a master plan of what the site will look like after the works 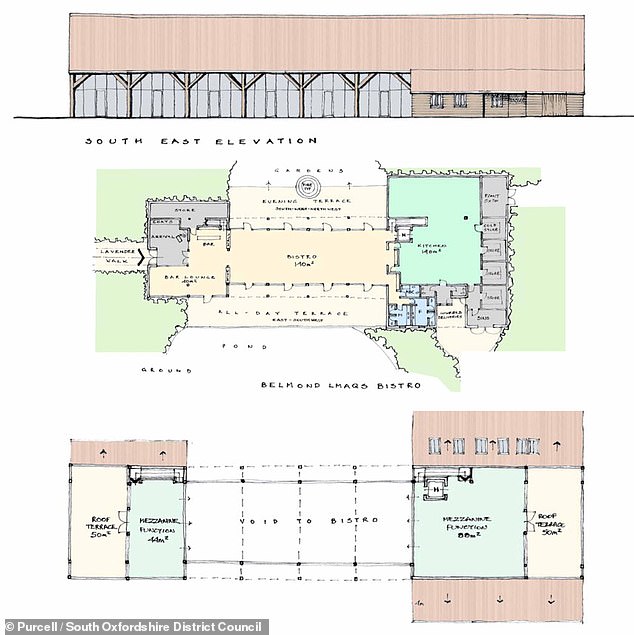 The bistro will also host the Raymond Blanc Academy, which offers training for budding chefs. Pictured is an artist’s impression of the bistro

The hotel and restaurant owners also want to build a spa. Pictured is an artist’s impression of what the wellness spa will look like

He added that if there was no further investment in the venue, Raymond Blanc was “likely to leave as chef patron”, which could see him lose his two Michelin stars and reduce his profits.

However, residents have raised concerns about the plans, which will see changes to existing gardens and luxury buildings.

The BBC reports that one villager, Emma Treanor, told the council that she could create a “big resort-style village within a village”.

She added that it could increase the amount of traffic on the already “congested” roads.

A report from the council on the plans adds that some residents believed the plans “do not match the current ethos of excellence and landscape sensitivity” and would create “a negative impact on the character of the village”. 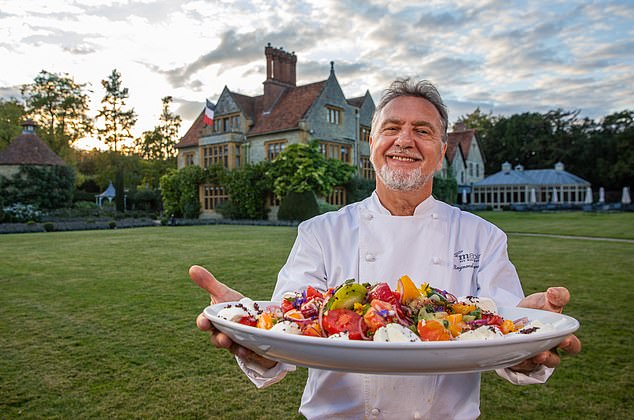 According to the planning documents, Mr Blanc was ‘likely’ to quit his role as chief boss if the plans were not approved. Mr Blanc is pictured here outside the restaurant as part of the ITV show, Simply Raymond Blanc 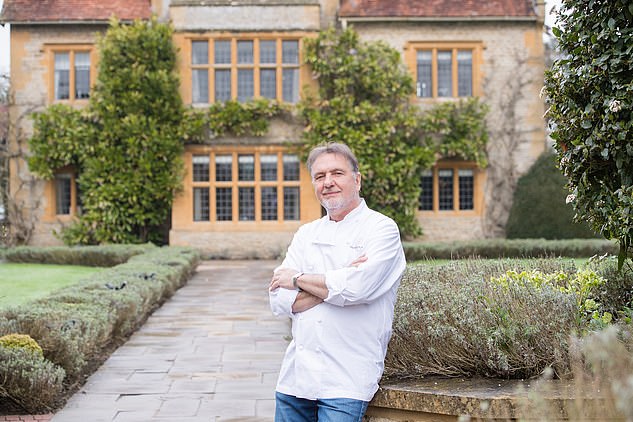 The French chef, pictured outside the 15th-century mansion, has run the place since 1984 and has trained dozens of other chefs there.

Although they were approved on Wednesday evening, the plans could still be called for review by Michael Gove, the upgrade secretary.

The hotel, which is managed by Blanc and owned by Belmond Ltd, is set in a historic 15th century mansion in Great Milton, just off the M40.

Le Manoir aux Quat’Saisons, which translates to “The House of the Four Seasons”, has two Michelin stars.

In May, the hotel was accused of “ecological vandalism” after locals said workers had “destroyed” a wildflower meadow during maintenance work.

Villagers said there was ‘no reason’ for the grass to be cut during ‘No Mow May’, a national project supported by the National Trust which aims to encourage gardeners and landowners to do not mow their lawns in May in an attempt to encourage wildflower growth.

The owners, the Belmont Hotel Group, said they carry out annual maintenance on the grounds – which is behind the hotel and has sheep on it.

But footage of the 10.5-acre field – often used by dog ​​walkers and villagers – shows stark contrast, with the vibrant green field now looking brown and dead.

He said: ‘A public footpath runs through it and basically anyone could go – it was a very lovely place. It supported the entire food chain.

“People would walk their dogs there, go for walks, enjoy the wildlife, etc. But now he’s been mowed to the ground – and aimlessly. 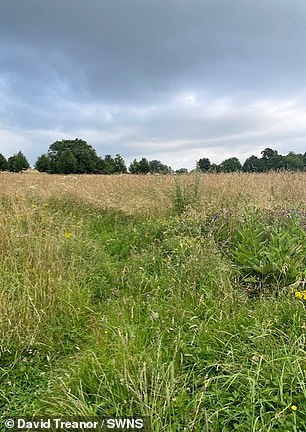 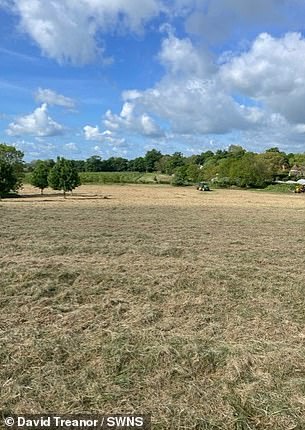 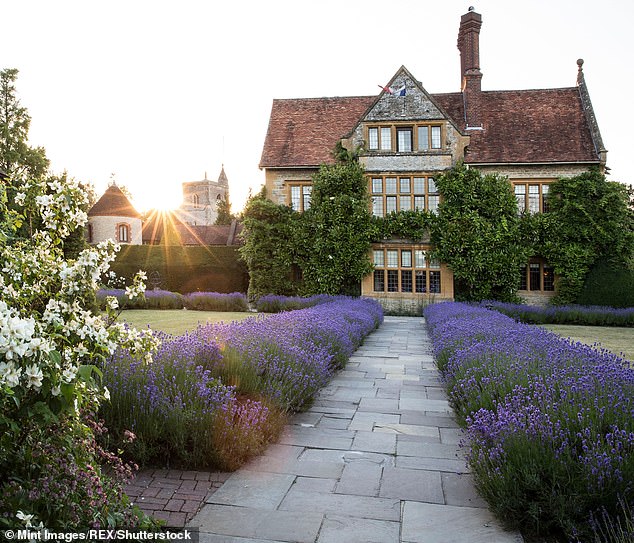 Owners, the Belmont Hotel Group, said they carry out annual maintenance on the grounds – which is behind the hotel (pictured) and has sheep on it

“The Manor doesn’t cultivate the land, they don’t grow anything on it. They don’t use it for anything else either.

Mr Traynor added: “Considering ‘No Mow May’ is happening right now, everyone in the village is very disappointed and it just seems like unnecessary destruction – it’s practically vandalism.

“It’s just a matter of timing too. Yes, they’ve mowed it in the past, but if you mow it in March you’re not doing any ecological damage rather than doing it in mid-May.

“Everything that grew and bloomed there, all the insects and butterflies and everything, they’ve all been destroyed now or deprived of their homes.

“They don’t cultivate it or grow anything on it, they just mowed it down to the ground. It’s terrible, it’s just environmental vandalism.

A spokeswoman for the hotel group said it was carrying out “well overdue” annual maintenance work on the grounds.

24 Hours of Spa: the first half

The Crown Hotel at Boston Spa review: Here’s what I thought of Sunday dinner at the £1.2million Leeds pub

7 luxury hotels in the New Forest – including boutique, historic and spa retreats