HUNDREDS lined up for up to two hours in scorching heat yesterday just to cool off.

A 950ft line snaked its way around Ilkley Lido, West Yorks – only to have their relief cut short when the pool was shut down by a power cut.

Northern Powergrid said that at the 14,500 properties in Yorks, Lincs and the North East, equipment had overheated.

Hospital appointments have been scrapped amid a red ‘life threatening’ warning as a record temperature of 40.3C (104F) was recorded at RAF Coningsby in Lincs .

And at one point the NHS heat exhaustion and heat stroke section of its website was being viewed 63 times a minute.

Schools closed and rail companies advised against all but essential travel for a second day in a row. 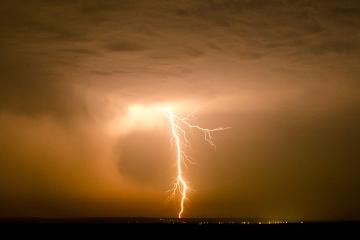 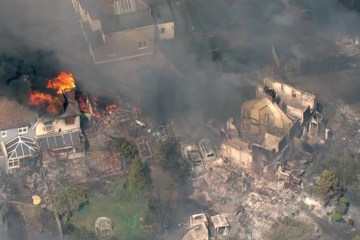 The station, one of the busiest in Europe, normally sees 220,000 passengers passing through each day but the main concourse was virtually empty at peak times.

Most Thameslink and Great Northern services have also been axed, with only limited services from London Euston, Marylebone and on the East Midlands Railway.

And all trains were stopped at Birmingham New Street station after a power line failure.

Meanwhile, cast iron A14 has been forced to close in Cambridgeshire.

When asked if the transport system was equipped to deal with rapidly rising temperatures, Transport Secretary Grant Shapps replied grimly: “The simple answer, at the moment, is no.”

He added: “Where these tracks are 40 degrees in the air, on the ground it could be 50, 60, 70 and more, so you are in serious danger of the tracks buckling.

“What we can’t have are trains running over them and a terrible derailment.”

He said it would take “decades” to replace the tracks with tracks that can withstand hotter summers.

And he continues: “Same with Tarmac on the roads. There’s a long process of replacing and upgrading to withstand the temperatures – either very hot or sometimes much colder than we were used to.

There are now growing fears of a drought after the Met Office warned that temperatures for the next three months would remain above average.

He issued a yellow warning for thunderstorms and showers today but said that would do little to allay concerns.

Reservoirs – including Wayoh, at Edgworth, near Bolton – are already at a worrying level for this time of year after demand soared amid the heatwave.

This could lead to watering bans and even drastic measures not seen since the great drought of 1976.

“Some areas saw no rain in July and the outlook is that the country will continue to produce above average temperatures.”

The Met Office said the UK saw just 20% of its average rainfall this month.

The City of London saw none while Kent, Hants and Surrey had just one per cent.

“Once those two days are over, we don’t see any more significant rain coming.”

Karen Gibbs, senior policy officer at the Consumer Council for Water, said: “The next few weeks and months will be critical.”

‘A true destination facility’: Cambridge’s outdoor pool could look like a million dollars with a facelift

The Clontarf outdoor swimming pool is now open to the public